The 6 year old participated in his first soccer game this afternoon. 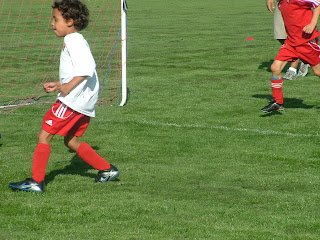 It was a beautiful afternoon - one huge green field, the mountains bathed in sunlight as the backdrop, temperate weather. 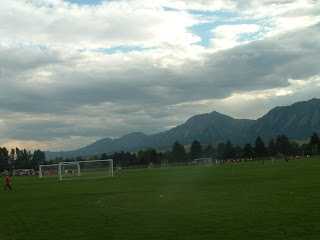 Our boy did well.  He was into it.  And he scored a goal.  His first one. Sweet! 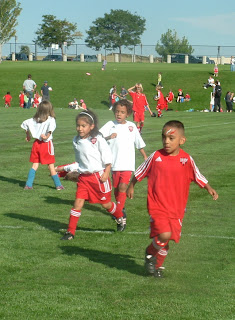 And he blocked a ball from going into the field goal - some good defense.  More importantly, he went up to his friend, after the game, and told him "Good Game".   Most importantly, besides having fun, he reigned in his competitive side.  No tackling the other team members, though he did have a few words for them.

His team lost but all the kids were in good spirits.  They learned more about soccer today.  They had treats/snacks afterwards. 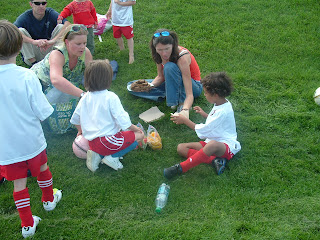 Our boys played around for a bit, rolling down the grassy hill. 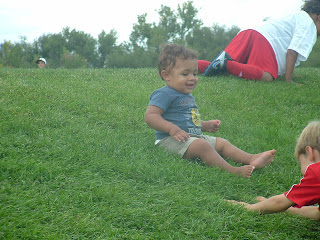 Then, we walked back to the car, the mountains in front of us, having spent quality time together as a family on a good afternoon. 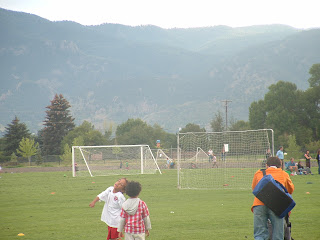