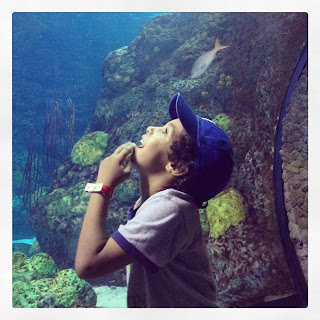 Can't believe it's been over two months since my last post.

The summer started off with a bang - less than two weeks since school ended and we were off to Toronto, Canada for a wedding and then to my hometown of New York City with the boys solo.  Stayed in the home I grew up in back in the Bronx.  It has been about 8 years since I stayed there.

The old neighborhood looked the same yet smaller.  The subway cars the same.  Tons of time riding them back and forth much to my 8 year old's delight.

2 weeks in NY and back to Boulder near the end of June.

And then fourth of July and a few sick days for me, and then summer in Boulder.

and then summer really began in Boulder.

And now it is August.

In less than three weeks the boys will have their first day of school.

The Back-to-School Commercials have begun here in Colorado.

Nope.  Not ready for that yet.

Summer.  Summer.  My favorite season of the year.

And yet in moments, it doesn't feel like summer to me.

It's been more go-go than laid-back-feet-up-resting-on-a-chair.

Coastal visits, ocean views, beaches give me the summer feeling and haven't had an abundance of those, so maybe that's it.

It's been all good, though.

Not ready for it to end.

Nope, not at all.